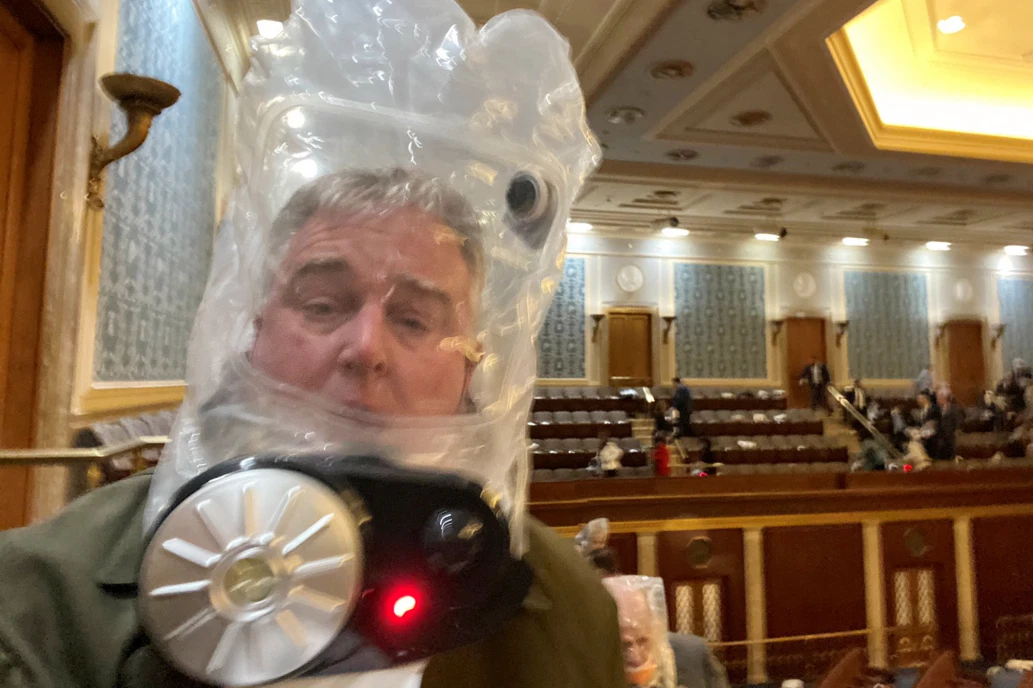 Maryland Rep. David Trone posted this photo wearing a gas mask in the Capitol, with the message: “I am safe. We have been evacuated.” (Credit: Twitter)

As the US Senate prepared to certify the results of the presidential election on Wednesday, January 6, protestors stormed the Capitol grounds, with hundreds of people crowding the steps and several gaining access to the building. Both President Donald Trump and President-elect Joe Biden called for the crowds to disperse in televised pleas to the American people, while Vice President Michael Pence and Vice President-elect Kamala Harris echoed their sentiments in social media posts. 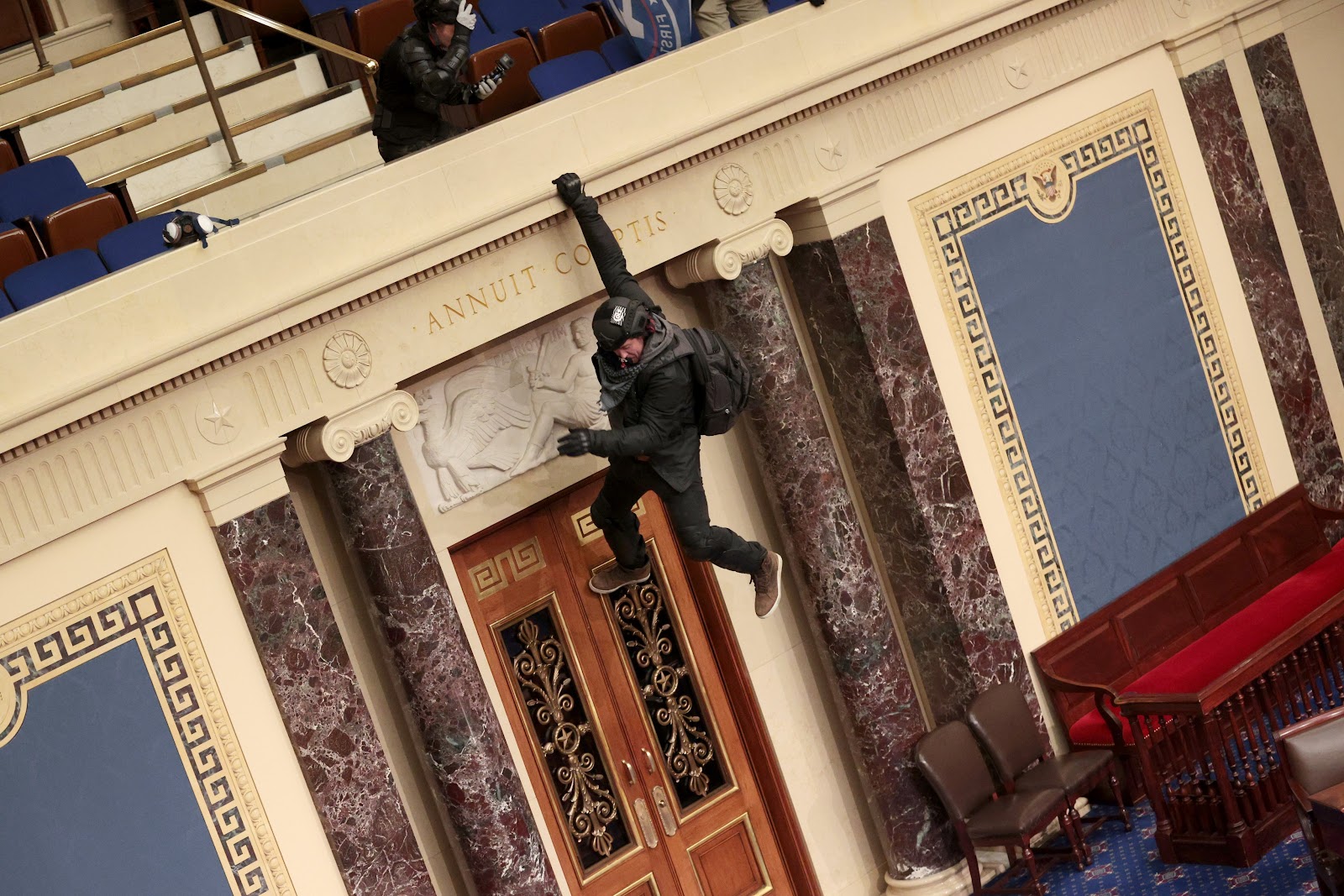 One woman was reported shot and seriously injured inside the building, and ultimately rushed to a hospital, where she died several hours later. It was also reported that tear gas was dispersed in the Capitol Rotunda. In an effort to stem the violence, a curfew was imposed in Washington DC, effective from 6 p.m. Wednesday evening until 6 a.m. Thursday morning.

Many members of the House and Senate reported on social media that they were safe and had either evacuated or were in secure locations.

Representative Josh Gottheimer (D-NJ-5) posted the following on Facebook: “I came to the House Chamber today to stand up for the will of the American people and certify the results of our democratic election. The Capitol and our chambers were breached and hundreds of lives have been put at risk. This is a sad and dark day for our nation, but we will not let this reprehensible violence prevail. We will finish what we came here to do. I want to thank Capitol Police and law enforcement [for] helping to keep us safe.”

Connecticut Senator Richard Blumenthal also posted on Facebook: “My staff and I are safe at a secure location. I am absolutely sickened by scenes of anarchist mobs violently swarming the Capitol. It’s not a protest—it's an armed insurrection. This is an assault on the heart of our democracy … Make no mistake: Congress will do its job. This election will still be certified and President-elect Biden and Vice President-elect Harris will be sworn in on January 20th.” 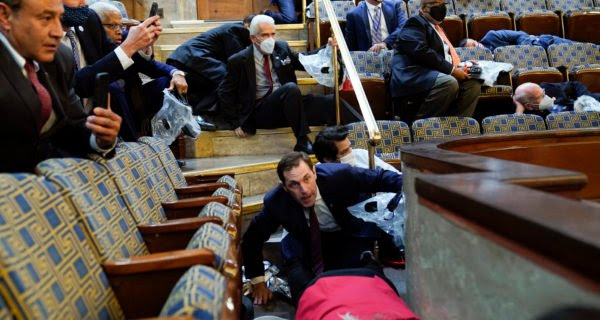 Newly elected Rep. Jamaal Bowman (D-NY-17), who defeated Rep. Eliot Engel in the primary and was elected to represent Riverdale and parts of Westchester County in the November election, said he and his staff were safe and sheltering in place. “What we are seeing right now is fascism, fueled by white supremacy—the logical extension of our failure to reconcile our history,” he wrote on Facebook.

New Jersey Gov. Phil Murphy posted on Twitter that, upon request of DC officials, he had deployed the New Jersey State Police to Washington, D.C., to “protect our democracy” and assist with the peaceful transition of power. He added that he was ready to deploy the New Jersey National Guard upon request.

It was reported that the Senators intended to resume counting the electoral votes, possibly while remaining in the secure location to which they had earlier been evacuated, and that they planned to see the count through to its completion.

At approximately 5:45 p.m., it was reported that the Capitol building had been secured. At press time, the building was reportedly back on lockdown due to a security threat inside the building.

Caption for first photo above: A protester dangles from the press gallery in the Senate. (Credit: Twitter)

Caption for second photo above: Members of the House of Representatives initially sheltered in place in the chamber. (Credit: World Israel News)