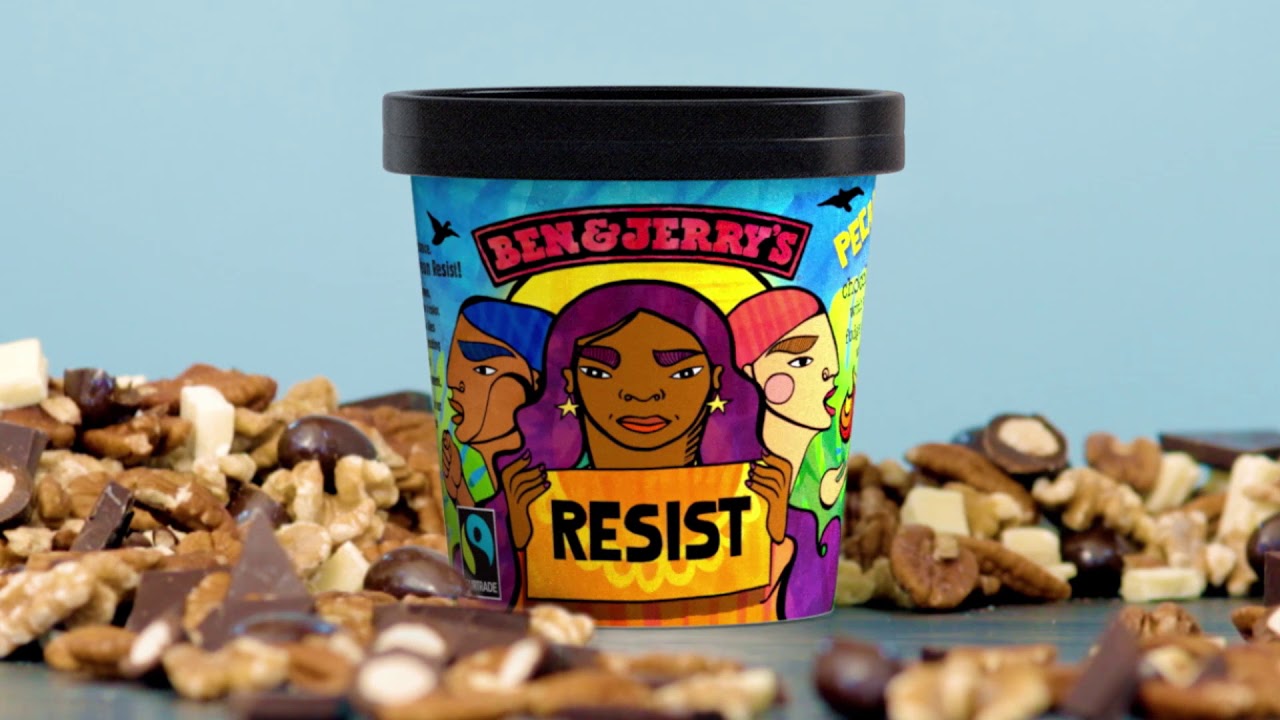 In what is generally a very strong victory for American anti-BDS laws, and specifically for ice cream lovers in Israel, global business leader Unilever announced on Wednesday it had sold its Ben & Jerry’s business interests in Israel to Avi Zinger, the owner of American Quality Products Ltd (AQP), the current Israel-based licensee. Zinger had sued Unilever in U.S. court in March to retain control. The arrangement, put in jeopardy last July when Ben & Jerry’s reported it would no longer sell its ice cream in Judea and Samaria, means it will now be sold under its Hebrew and Arabic names throughout Israel and the West Bank, under the full ownership of its current licensee.

“Under the terms of Unilever’s acquisition agreement of Ben & Jerry’s in 2000, Ben & Jerry’s and its independent board were granted rights to take decisions about its social mission, but Unilever reserved primary responsibility for financial and operational decisions and therefore has the right to enter this arrangement,” according to a Unilever press release. Zinger has held the license Ben & Jerry’s products in Israel for the past 35 years.

Unilever apparently has spent the last twelve months reviewing what they called a “complex and sensitive matter,” stating they believe this is the best outcome for Ben & Jerry’s in Israel. They also potentially avoid or sidestep multiple lawsuits by reaching such a settlement. Unilever Israel employs around 2,000 people, has four local manufacturing plants, and works with a network of around 2,000 local suppliers and service providers. Approximately 85% of Unilever products sold in Israel are also manufactured there. Unilever is the parent company of dozens of household brands, including Dove soap, Hellman’s mayonnaise and Vaseline skin care products.

Reuters, however, reported that Unilever was sued on June 15 by a U.S. shareholder who said the company mishandled the decision to stop selling in Judea and Samaria, and that they improperly concealed the decision before it was announced, recognizing that many U.S. states might divest from companies that support anti-Israel boycotts, yet stood behind it once the news became public, according to the report. The lawsuit was filed by a Michigan pension fund, the City of St. Clair Shores Police and Fire Retirement System, and is seeking other partners as part of a class action. The complaint stated that seven states including Florida, Texas and New York later divested their pension fund investments in Unilever.

A second lawsuit, filed just this week, in fact the same day as Unilever’s announcement, asks Unilever shareholders to join in another class action. The Gross Law Firm alleges that during the class period, “defendants issued materially false and/or misleading statements and/or failed to disclose that: a) in July 2020, the board of Ben & Jerry’s, one of Unilever’s marquee brands, passed a resolution to end sales of its ice cream in “Occupied Palestinian Territory”; and b) this boycott decision risked adverse governmental actions for violations of laws, executive orders, or resolutions aimed at discouraging boycotts, divestment, and sanctions of Israel adopted by 35 U.S. states.”

So even as the summer heats up and ice cream season enters full swing, let’s not be quite so quick to start scooping our old favorite Ben & Jerry’s. A closer look at the news indicates we should still be careful with these avowed BDS allies, particularly those of us who live in America.

According to the Unilever press release: “Unilever rejects completely and repudiates unequivocally any form of discrimination or intolerance. Antisemitism has no place in any society. We have never expressed any support for the Boycott Divestment Sanctions (BDS) movement and have no intention of changing that position.”

However, under pressure from multiple states and multiple threats of shareholder anti-BDS lawsuits (including divestment announcements from New York and New Jersey), and the fact that the Eighth Circuit Court of Appeals ruled this week that state anti-BDS laws on the books—which are worded similarly in 20 of the 36 states who have them—are constitutional (see our article on this on page 20), it can be argued that Unilever is seeking to primarily avoid legal troubles rather than disavow BDS.

Sean Greenwood, Ben & Jerry's PR director, provided the following statement to The Jewish Link, which also appeared as a series of three tweets: "We are aware of the Unilever announcement. While our parent company has taken this decision, we do not agree with it.

"We continue to believe it is inconsistent with Ben & Jerry's values for our ice cream to be sold in the Occupied Palestinian Territory."

The tweets were retweeted thousands of times by supporters, many of whom accused Israel of aparteid, using the hashtags #FreePalestine in their posts. Some anti-BDS twitter users also responded that they would continue to boycott Ben & Jerry's ice cream in the U.S.

However, this is a clear victory against BDS, even for business rather than ideological reasons. Newly-minted Prime Minister Yair Lapid weighed in on the news: “The Ben & Jerry’s factory in Israel is a microcosm of the diversity of Israeli society. Today’s victory is a victory for all those who know that the struggle against BDS is, first and foremost, a struggle for partnership and dialogue, and against discrimination and hate,” he wrote on Twitter.

The American Jewish Committee called the news “a major defeat for the BDS movement,” and said, “We thank Unilever for its strong opposition to the boycott movement, which is deeply rooted in antisemitism.”

Alan Jope, Unilever’s CEO, wrote in a letter that was distributed to many individuals, including Rabbi Marvin Hier, founder and CEO of the Simon Wiesenthal Center, who also received a phone call from Jope, that “Unilever rejects completely and repudiates unequivocally any form of discrimination or intolerance,” the firm said in its statement. “Antisemitism has no place in any society. We have never expressed any support for the Boycott Divestment Sanctions (BDS) movement and have no intention of changing that position.”

Rabbi Hier said he was gratified by the news. “We commend Unilever for finally doing the right thing and putting an end to the anti-Israel, antisemitic, and anti-peace boycott by extremists on Ben and Jerry’s board,” Rabbi Hier and Rabbi Abraham Cooper, SWC’s associate dean and director of Social Global Action, said in a joint statement.

However, Omar Shakir, Israel/Palestine Director for Human Rights Watch, who continually refers to Israel as an “aparteid state” on Twitter, was a guest at Ben & Jerry’s last year, for a “lunch and learn”-style talk, according to The Forward newspaper. He was not complimentary about the news on Twitter. “Today’s @unilever move seeks to undermine @benandjerrys principled decision to avoid complicity in rights abuse. But it won’t succeed: B&J’s won’t be doing business in settlements. What comes next may look similar, but w/o B&J’s social justice ethos, it’s just a pint of ice cream,” he wrote.

Jewish Insider had reported that the event Shakir headlined for Ben & Jerry’s corporate headquarters, labeled “Scooper Series: Social Mission,” included a quote from Shakir attributing the May 2021 escalation of violence between Israel and Hamas militants in the Gaza Strip to “discriminatory efforts to force Palestinians out of their homes in occupied East Jerusalem.”

Unilever’s London Press Office, when asked if new Ben & Jerry’s employees were required to watch compulsory videos about the Israel-Palestine conflict, as reported by Jewish Insider in recent weeks, wrote the following via email. “The only compulsory viewing requirement for Unilever employees, including B&J, is regular training on Unilever’s code of business principles,” their representative told The Jewish Link.

So the fact is that if one believe that it’s okay now to buy Ben & Jerry’s in the United States, you are still supporting a company that is allied with BDS advocates, even if they’re not legally permitted to boycott Israel. According to Lahov Arkov, Jerusalem Post’s senior contributing editor, “Well, if you buy Ben & Jerry’s in America, you’re still paying the people who hate Israel. Unilever just wrested control of the Israeli brand from the haters and sold it to the Israeli licensee.”

She continued, in a tweet: “The main Ben & Jerry’s office hasn’t actually changed anything. Unilever changed the business situation such that the board in Vermont can’t control what happens with the brand in Hebrew and Arabic in Israel.”

We will not let them defeat us, and whoever boycotts Judea and Samaria will be boycotted themselves,” Dagan said. “We will continue to act in all arenas to stop anti-Semitism and BDS,” he added. “I thank the Israeli Ben & Jerry’s company and the company’s CEO Avi Zinger for his continuous struggle for national pride, as well as the residents of Israel in general and Judea and Samaria in particular.”