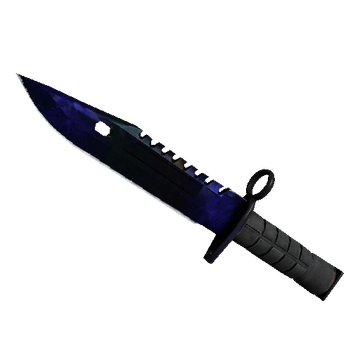 The M9 Bayonet knife, like all knives in CS:GO, is an extremely rare commodity obtained by unlocking cases. The M9 Bayonet is one of the five original knives introduced to the game in the Arms Deal update and has ever since seen various skins added through different collections. We’re here to show you some of the best M9 Bayonet knife skins that are popular and desirable within the community. 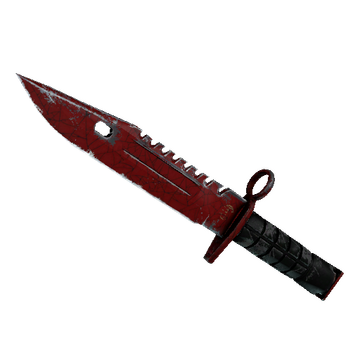 M9 | Bayonet | Doppler was added as a part of the Full Spectrum update and can be acquired from the Chroma cases. It has a pattern of wavy lines with shades of blue, pink, and purple over the blade and the guard. The handle of the M9 Bayonet Doppler is not painted. You can find the skin only in only Factory New and Minimal Wear conditions since it has only a Float Value between 0.00 and 0.08.

The price of the skin may vary depending on the pattern. 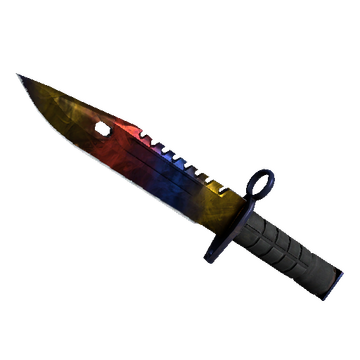 The M9 Bayonet | Crimson Web, as the name suggests, has a red blade and guard with a black web pattern and handle to go along with it. You can find the skin in all conditions since its Float Value ranges between 0.06 and 0.80. The price of the skin is also affected by the pattern. The rarest and most expensive variants of M9 Bayonet | Crimson Web have at least three webs.

M9 Bayonet | Marble Fade is part of the Full Spectrum update and can be acquired from Chroma cases. It’s a colorful skin with shades of yellow, blue, red, and purple covering the blade and the guard. The handle is unpainted. You can only find the skin only in  Factory New and Minimal Wear conditions since its Float Value is between 0 and 0.08. 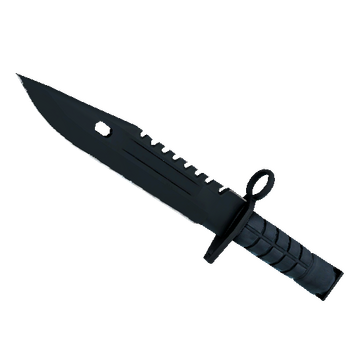 The price of M9 Bayonet | Marble Fade may vary depending on the pattern. The most expensive pattern for this skin is the Max Red Tip.

Buying skins for the M9 Bayonet from the Steam marketplace can be fairly expensive, so it might be a good idea to go along the alternative third-party route. There, you’ll find lower prices and trusted sellers with multiple payment options for you to use.

M9 Bayonet | Night was added to the game in 2013 as a part of the Arms Deal update and can be obtained from a total of 11 cases released between 2013–2015. As for the concept of the skin, it’s fairly simple and may very well be to your liking if you’re a fan of black. The blade and the grip are colored dark blue to resemble the night sky. You can find the skin in all conditions since its Float Value varies between 0.06 and 0.80.